Home to the North West Essex Collection of paintings, prints, books and ceramics by artists who have lived in and around Great Bardfield and Saffron Walden.

You are here: Home /Eric Ravilious 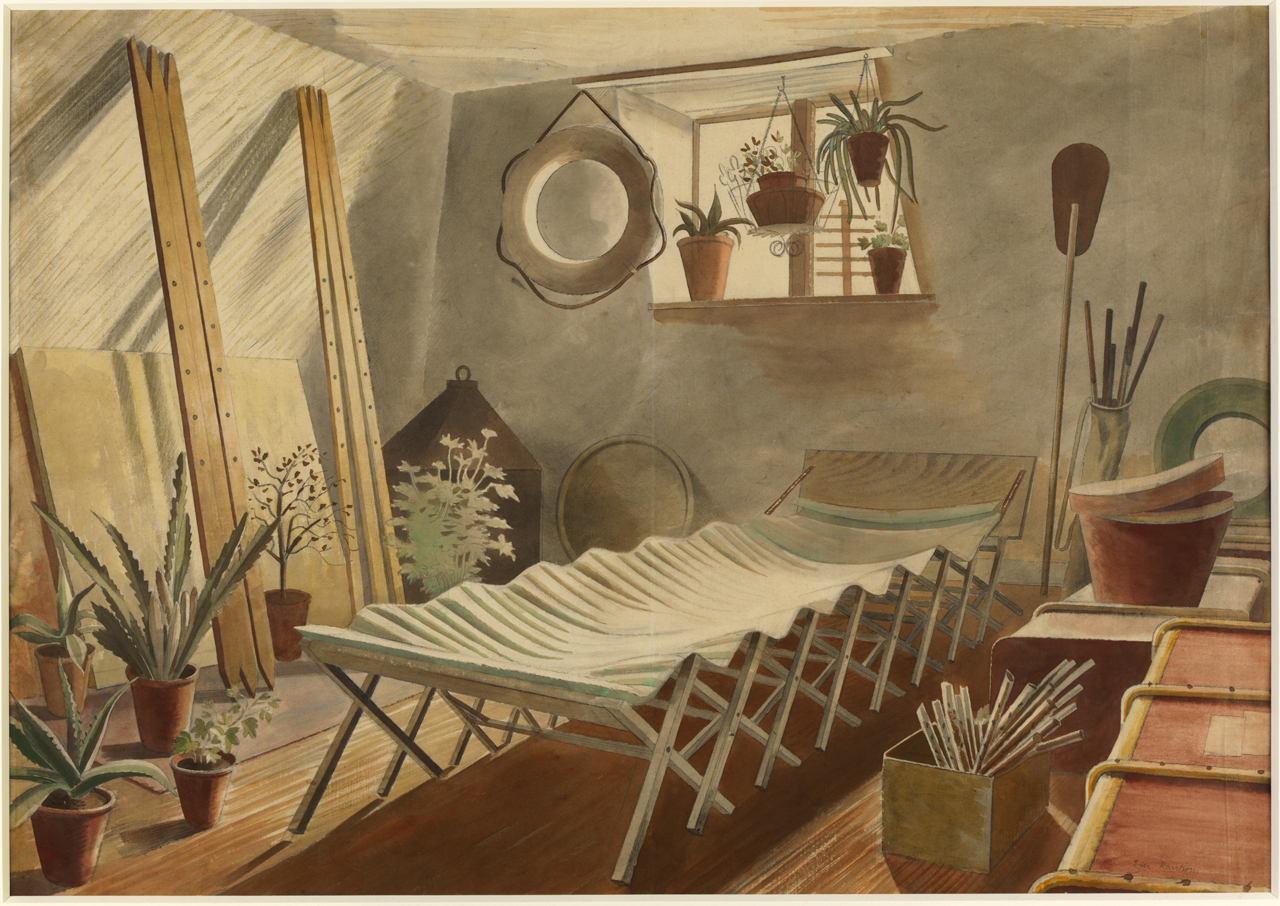 Eric Ravilious is now established as one of the most popular artists of the twentieth century. His work across many media is highly prized, is held in many galleries, and has been the subject of major exhibitions. The Fry Gallery now has a significant collection of his work. Born in Acton, west London, Ravilious spent most of his early life in Eastbourne, attending the Eastbourne School of Art and later teaching there after studying at the Royal College of Art from 1922 to 1925. He formed an immediate friendship with Edward Bawden and others from their first days as students at the RCA.<br><br>Sussex, the South Downs and southwest England form the subject of many of his watercolour landscapes, even after he moved to Great Bardfield with his wife Tirzah Garwood in the early 1930s, to share Brick House with Edward and Charlotte Bawden. Although he painted many scenes of Bardfield and Castle Hedingham, which they later moved to, his friend Helen Binyon said that he found it difficult to find country here that didn't remind him of other people's paintings. Sussex and Wiltshire, with their ancient hillside figures, trackways, and his own emotional associations, seemed to offer more original opportunities.<br><br>Ravilious worked in watercolours, woodblock, murals, book design, illustration, and commercial art, with great facility. He was an ideal choice to become a war artist, and his considerable output is represented at the Fry by his Submarine lithograph series. Always having wanted to experience the arctic scenery of the far north, and an enthusiast since his student days for the glacial landscapes of the eighteenth century watercolourist Francis Towne, he seized on the chance for a posting to Iceland in 1942. Two days after arriving, he flew as an observer in a search-and-rescue mission; the aircraft was lost in a storm.<br>