Home to the North West Essex Collection of paintings, prints, books and ceramics by artists who have lived in and around Great Bardfield and Saffron Walden.

You are here: The collection / Artists /Olga Lehmann

Olga and Carl in the Studio 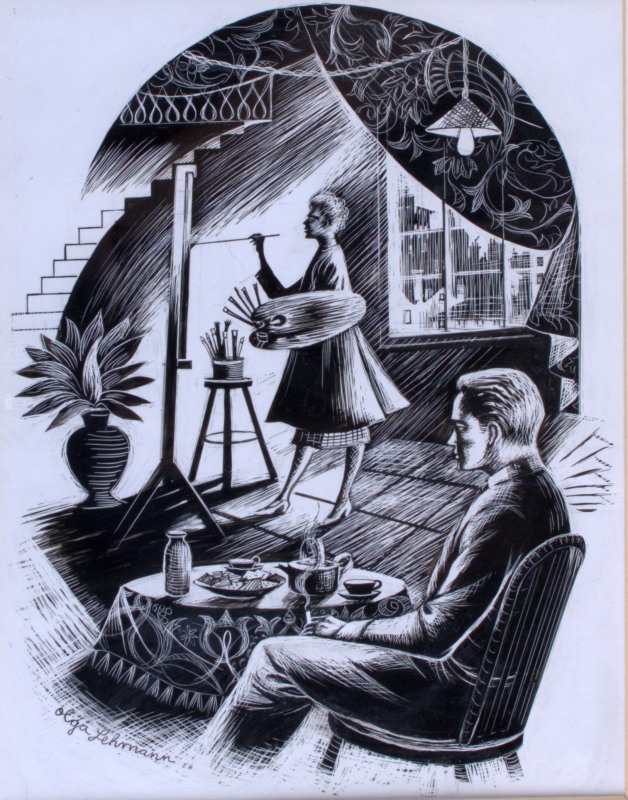 Olga Lehmann was born in Chile in 1912. She later won a scholarship to the Slade School of Fine Art in London. During her career her paintings were seen by millions who would not have recongnised her name, as they were hanging in the background in many films and American TV series such as Dynasty and The Colbys. Private portrait commissions included Dirk Bogarde, Peter Sellers, Errol Flynn, and Marlene Dietrich. She died in Saffron Walden in 2001.